In a year that will go down as the year of ‘Post-Truth’ A Tribe Called Quest could not have timed it any better to end their 18-year hiatus. The new album ‘We Got It From Here … Thank You 4 Your Service.’ from the exploratory, jazz-traveling rap heroes chronicles the chaotic crescendo of the US Presidential Elections: a warning of “mass un-blackening,” dark-humored crooning about intolerance (“Muslims and gays, boy, we hate your ways”) and perceptive words about the media’s culpability in everything (“Why y’all cool with the fuckery/Trump and the SNL hilarity/Troublesome times, kid, no times for comedy”). The whole album ends with late rapper Phife Dawg taking the nickname “the Donald” back from our oncoming bigot-in-chief. Recorded well before the election, it serves as the hands-down best musical release valve the confused and angry segment of America has gotten since Election Day. As Q-Tip says in “Melatonin”: “The world is crazy and I cannot sleep.”

It’s important to check the vibe throughout. Entire books can be written about how the sound, identity, location, phrasing, technical innards and even purpose of rap music has changed since A Tribe Called Quest’s last album, The Love Movement, in 1998. But Tribe, in both delivery and content, maintain the attitude of the Bohemian everydude funkonauts that inspired Kanye West, Andre 3000 and Kendrick Lamar (who all appear here). Lyrically, they’re still popping the bubbles of hip-hop fantasy (“Kids …”) and examining their egos instead of inflating them (“Ego”).

Technically, Q-Tip is in a particular school of awesomely stubborn Nineties MCs who only let their flows grow more complex, internally knotty and speedy with age; as opposed to the Jay-Z route of always trying to understand what makes modern rap tick. To anyone who grew up loving Big Daddy Kane or Kool G. Rap, Q-Tip is in that small field of fortysomething rappers (Andre 3000, Busta Rhymes, Eminem, Lauryn Hill) who decided the only way to move forward was go ludicrously speedy, not infectious with the slow-mo. His rhymes are absolute stuntman level at times: On opening track “The Space Program” he spills, “We about our business, we not quitters, not bullshitters, we deliver/We go-getters, don’t be bitter ’cause we not just niggas.” The usually more elusive MC Jarobi brings his hard-rhyming A-game too, and longtime associates like Busta Rhymes and Consequence play berserk supporting roles.

A record rooted in anxiety and mourning, We Got It From Here remains musically as dark and electrically relaxed as 1996’s Beats, Rhymes and Life and 1998’s The Love Movement. With help from visionary producer J Dilla, those critically mixed, commercially sturdy records were moody, muted, experimental, deeply funky and remarkably prescient, but ultimately unable to wrangle the proper amount of attention in the shiny-suit era. We Got It From Here checks in with similarly off-kilter but undeniably grooving beats. Tribe utilize the Dilla innovation of letting samples clash at odd angles; they let a copy of Elton John’s “Bennie and the Jets” skip endlessly until the real John pops in for a guest spot, and the drum beat to “Lost Somebody,” one of the album’s Phife tributes, doubles up and separates from itself like a Steve Reich phasing experiment before abruptly slamming into total silence. In a contemporary move, Tribe abandon the Nineties hip-hop format and allow for modern musical and melodic sprawl, like a guitar solo from Jack White, a psychedelic keyboard detour or a spiralling verse from Anderson Paak. 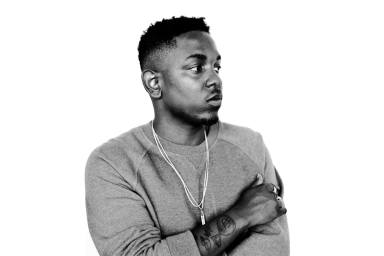 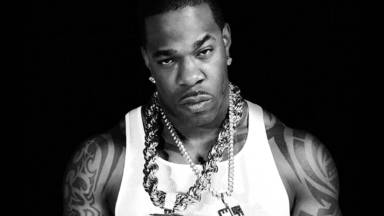 One of the most timeless rap groups ever has returned with a record that doesn’t sound like 1996 but doesn’t sound like 2016 either. It’s imbued with the same feeling of “Push It Along” that they’ve had from the beginning. The biggest complaint is the one thing they couldn’t control: The entire thing feels like it needs a whole lot more of Phife Dawg’s scrappy humour, personality and playful back-and-forth. His absence is not only lamented and honoured, it’s also felt.